Chemiluminescent western blotting is the best technique if you need highly sensitivity detection of a single protein. Using a dedicated chemiluminescence CCD-based system, like the GeneGnome XRQ for imaging your chemiluminescent Western blots, gives you wider dynamic range than film, allowing you to safely and accurately detect and analyse picogram and even femtogram levels of protein.

With the GeneGnome XRQ system’s powerful GeneSys software you simply select the chemiluminescent substrate you are using, the system then automatically captures your choice of one or a series of images, ensuring you’ll effortless produce a perfectly exposed image, without using any film.

If you’re looking for a system, which can image chemiluminescent and fluorescent western blots, the G:BOX Chemi or G:BOX mini systems are a perfect choice. 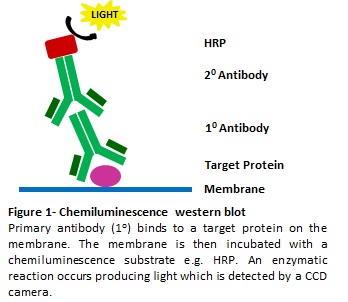 Page load link
We use cookies to ensure that we give you the best experience on our website. If you continue to use this site we will assume that you are happy with it. Read our Privacy Policy for more details. Ok
Go to Top